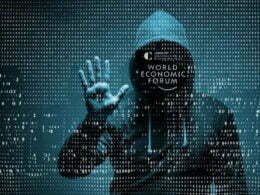 A “new” proposal by the Biden administration to create a health-focused federal agency modeled after DARPA is not what it appears to be. Promoted as a way to “end cancer,” this resuscitated “health DARPA” conceals a dangerous agenda.

Source: This Biden Proposal Could Make the US a “Digital Dictatorship”

The Department of Justice’s pre-crime approach known as DEEP was activated just months before Trump left office; it was also justified as a way to “stop mass shootings before they happen.” Soon after Biden’s inauguration, the new administration began using information from social media to make pre-crime arrests as part of its approach toward combatting “domestic terror.” Given the history of Silicon Valley companies collaborating with the government on matters of warrantless surveillance, it appears that aspects of SAFE HOME may already be covertly active under Biden, only waiting for the formalization of ARPA-H/HARPA to be legitimized as public policy.

The direct DARPA connection to HARPA underscores that the agenda behind this coming agency dates back to the failed Bio-Surveillance project of DARPA’s Total Information Awareness program, which was launched after the events of September 11, 2001. TIA’s Bio-Surveillance project sought to develop the “necessary information technologies and resulting prototype capable of detecting the covert release of a biological pathogen automatically, and significantly earlier than traditional approaches,” accomplishing this “by monitoring non-traditional data sources” including “pre-diagnostic medical data” and “behavioral indicators.”

While nominally focused on “bioterrorist attacks,” TIA’s Bio-Surveillance project also sought to acquire early detection capabilities for “normal” disease outbreaks. Bio-Surveillance and related DARPA projects at the time, such as LifeLog, sought to harvest data through the mass use of some sort of wearable or handheld technology. These DARPA programs were ultimately shut down due to the controversy over claims they would be used to profile domestic dissidents and eliminate privacy for all Americans in the US.

That DARPA’s past total surveillance dragnet is coming back to life under a supposedly separate health-focused agency, and one that emulates its organizational model no less, confirms that many TIA-related programs were merely distanced from the Department of Defense when officially shut down. By separating the military from the public image of such technologies and programs, it made them more palatable to the masses, despite the military remaining heavily involved behind the scenes. As Unlimited Hangout has recently reported, major aspects of TIA were merely privatized, giving rise to companies such as Facebook and Palantir, which resulted in such DARPA projects being widely used and accepted. Now, under the guise of the proposed ARPA-H, DARPA’s original TIA would essentially be making a comeback for all intents and purposes as its own spin-off.

Silicon Valley, the Military and the Wearable “Revolution”

This most recent effort to create ARPA-H/HARPA combines well with the coordinated push of Silicon Valley companies into the field of health care, specifically Silicon Valley companies that double as contractors to US intelligence and/or the military (e.g., Microsoft, Google, and Amazon). During the COVID-19 crisis, this trend toward Silicon Valley dominance of the health-care sector has accelerated considerably due to a top-down push toward digitalization with telemedicine, remote monitoring, and the like.

One interesting example is Amazon, which launched a wearable last year that purports to not only use biometrics to monitor people’s physical health and fitness but to track their emotional state as well.

The Era of Digital Dictatorships Is Nearly Here

Making mandatory wearables the new normal not just for COVID-19 prevention but for monitoring health in general would institutionalize quarantining people who have no symptoms of an illness but only an opaque algorithm’s determination that vital signs indicate “abnormal” activity.

These biometric “fitness” devices—such as Amazon’s Halo—can monitor more than your physical vital signs, however, as they can also monitor your emotional state. ARPA-H/HARPA’s flagship SAFE HOME program reveals that the ability to monitor thoughts and feelings is an already existing goal of those seeking to establish this new agency.

According to World Economic Forum luminary and historian Yuval Noah Harari, the transition to “digital dictatorships” will have a “big watershed” moment once governments “start monitoring and surveying what is happening inside your body and inside your brain.” He says that the mass adoption of such technology would make human beings “hackable animals,” while those who abstain from having this technology on or in their bodies would become part of a new “useless” class. Harari has also asserted that biometric wearables will someday be used by governments to target individuals who have the “wrong” emotional reactions to government leaders.

It appears that current trends and events show that DARPA’s decades-long effort to merge “health security” and “national security” have now advanced further than ever before.

In the merging of “national security” and “health security,” any decision or mandate promulgated as a public health measure could be justified as necessary for “national security,” much in the same way that the mass abuses and war crimes that occurred during the post-9/11 “war on terror” were similarly justified by “national security” with little to no oversight. Yet, in this case, instead of only losing our civil liberties and control over our external lives, we stand to lose sovereignty over our individual bodies.

Thus, Biden’s newly announced agency, if approved by Congress, would integrate those past Obama-era initiatives with Orwellian applications under one roof, but with even less oversight than before. It would also seek to expand and mainstream the uses of these technologies and potentially move toward developing policies that would mandate their use.

If ARPA-H/HARPA is approved by Congress and ultimately established, it will be used to resurrect dangerous and long-standing agendas of the national-security state and its Silicon Valley contractors, creating a “digital dictatorship” that threatens human freedom, human society, and potentially the very definition of what it means to be human.

Source: This Biden Proposal Could Make the US a “Digital Dictatorship”